In Spring 2005 I was attending a conference during the last days of Pope John Paul II. My return trip included a stopover in Atlanta where I spent several hours watching the funeral on the airport CNN broadcast. As I watched the celebration of the funeral Mass I reflected on the ease and naturalness with which Cardinal Ratzinger officiated. While I had attended Mass before, the mammoth scale of this liturgical event invited attention. I reflected on the kind of knowledge that was on dis- play, a knowledge of what to do, how to hold oneself. This liturgical ac- tion represented a kind of embodied knowledge. By this I mean that his action was without thought, in the sense that it appeared to be purely natural. It was what the individual was. In watching it I wondered what would be involved in learning this and what it would mean to the one who embodied it. 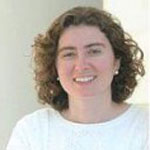 Jennifer C. Lane is an associate professor of Religious Education at Brigham Young University–Hawaii. She received her PhD in religion from Claremont Graduate University, with an emphasis in the history of Christianity, in 2003. She received her MA and BA degrees from Brigham Young University in ancient Near Eastern studies and history respectively. She serves on the Board of the Society for Mormon Philosophy and Theology. Her presentations and publications include work on adoptive redemption in the Old Testament, the writings of Paul, and the Book of Mormon; Franciscan piety in late medieval Jerusalem pilgrimage and interactions with eastern Christians; New Testament historical context; and Latter-day Saint theology and doctrine.