Re-vision-ing the Mormon Concept of Deity

I want to focus on a concept in the Mormon scriptures that is rarely discussed— the concept of divinity-as-such. This concept has been obscured in Mormon thought in part because of the emphasis on the distinctness of the divine per- sons. Mormons have focused on the distinct divine persons as separate, corporeal individuals to the almost complete exclusion of any notion that there is also an important sense in which God is one. The oneness of God also has been obscured in part by a tendency to commit the logical fallacy of composition, assuming that the one God must have the same properties as the divine persons considered individu- ally, and thus must be one in the same respects that God is three. The complaint that anyone who claims such a thing simply does not know how to count to three is probably well taken. However, the assumption that there is no way to make sense of God as one something and also as three somethings is mistaken. While there are severe logical problems with the classical formulations of the Trinity, I believe that Mormon scriptures provide a coherent and fully scriptural way to view God as three divine persons in one Godhead. 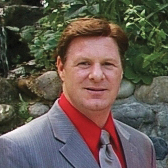 Blake Thomas Ostler is an American philosopher, theologian, and lawyer. He has written numerous articles on the topics of Mormon theology, philosophy, and thought.